The Lee College of Engineering Rocketry Team placed fifth out of 50 schools at the 2017 NASA Student Launch competition. The event took place at the Marshall Space Flight Space Center in Huntsville, Alabama, during the week of April 5-9, with the competition flight on April 8.

This year’s 49er team competed in the Unknown Fragile Material Protection, Vertical Landing, Precise Altitude Control Challenge. This required the team to design a payload chamber with an interior volume of 3.5" diameter and 6" height that could hold a single object, or number of objects with a combined maximum weight of 4 oz. The team did not know what that payload would be until they reached the competition launch area. The payload ended up being five 2" clay pigeons. The competition flight, which was nearly perfect, resulted in 2 of the 5 objects breaking upon landing. 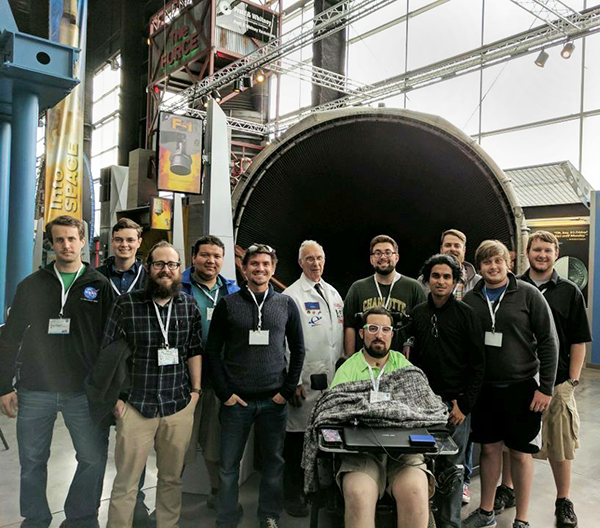 “Our launch was beautiful,” Borek said. “We reached an altitude of 5,403 feet with perfect recovery. Although we reached 120 feet above our target altitude, broke two of the five payloads, and did not land vertically, we identified the reasons behind the failures. Overall, we are grateful for everything we learned and the opportunity that we had.”

The mentors for the team were Dr. Thorsett-Hill, Dr. Chris Vermillion, Jerry Dahlberg and Brian Couch.

“As co-advisors of this year's team, Chris Vermillion and I are so proud of them and the terrific leadership displayed by John Borek,” Dr. Thorsett-Hill said. “What a great way for these seniors to end the year. As anyone who has been to the competition can attest, this team brings a lot of positive national recognition to our engineering program. It's pretty amazing when Charlie Precourt, an astronaut, space shuttle commander, and now vice president of propulsion systems for Orbital ATK spends over 20 minutes with our team intrigued by their landing system.”

“Given the number of competing teams, I am very happy with the results,” Dr. Vermillion said, “along with the overall dedication and enthusiasm that was displayed by the entire team throughout the process. The team put together a great product and learned a lot in the process. I look forward to continued success of the team in the years to come!”

The top finishers in the competition were: 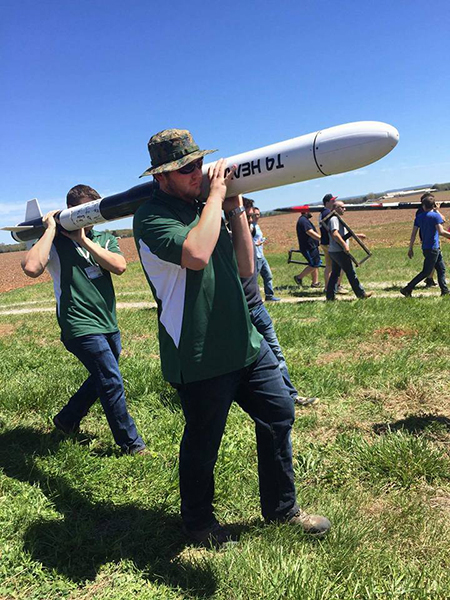 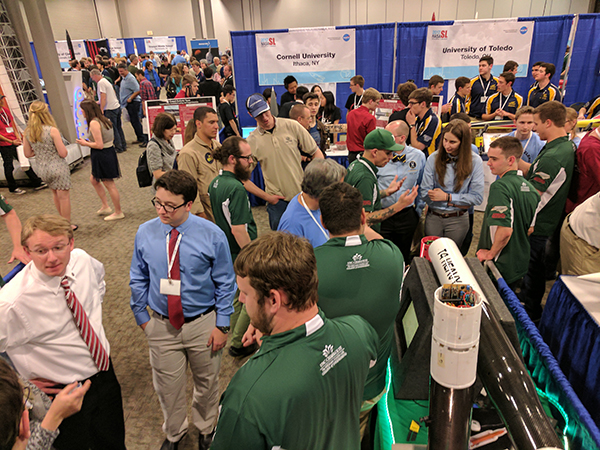 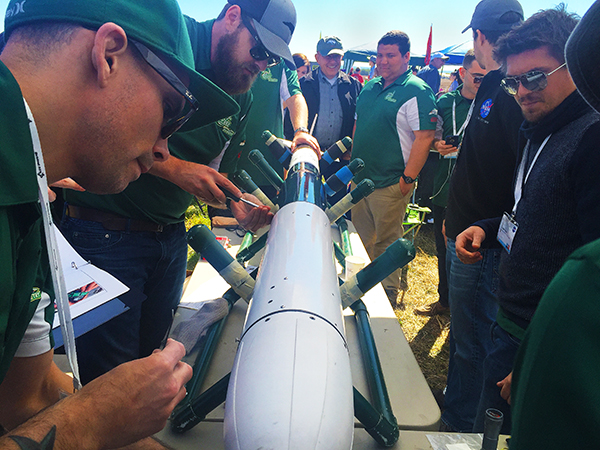